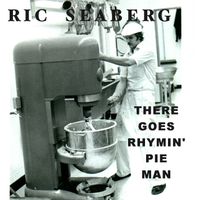 From the recording There Goes Rhymin' Pie Man

Somewhere in about 1987 I met my dear friend Randy McCullough, a fellow songwriter from Austin who had come to Portland to live. We met at a meeting of The Portland Songwriter's Assn. and soon became friends. Rand had a nice little analog studio in his home in NW PDX. Rand is a great songwriter! We recorded this song of mine at his studio, he played bass, Carlton Jackson on drums, Bobby Hines on electric guitar, me on acoustic guitar. Randy was the poor sap who had to listen to me as I was going through my second divorce. So that makes him a saint as well as a great musician and friend.
Here's Rand circa 1988 or so: